You are here: Home > Woodgate Lab

Studies on DNA Replication, Repair, and Mutagenesis in Eukaryotic and Prokaryotic Cells 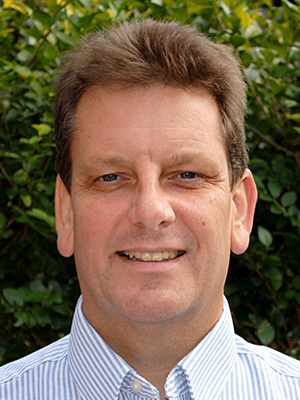 Under optimal conditions, the fidelity of DNA replication is extremely high. Indeed, it is estimated that, on average, only one error occurs for every 10 billion bases replicated. However, given that living organisms are continually subjected to a variety of endogenous and exogenous DNA–damaging agents, optimal conditions rarely prevail in vivo. While all organisms have evolved elaborate repair pathways to deal with such damage, the pathways rarely operate with 100% efficiency. Thus, persisting DNA lesions are replicated, but with much lower fidelity than in undamaged DNA. Our aim is to understand the molecular mechanisms by which mutations are introduced into damaged DNA. The process, commonly referred to as trans-lesion DNA synthesis (TLS), is facilitated by one or more members of the Y-family of DNA polymerases, which are conserved from bacteria to humans. Based on phylogenetic relationships, Y-family polymerases may be broadly classified into five subfamilies: DinB–like (pol IV/pol kappa–like) proteins are ubiquitous and found in all domains of life; in contrast, the Rev1–like, Rad30A (pol eta)–like, and Rad30B (pol iota)–like polymerases are found only in eukaryotes; and the UmuC (polV)–like polymerases only in prokaryotes. We continue to investigate TLS in all three domains of life: bacteria, archaea, and eukaryotes.

The Escherichia coli dnaE gene encodes the alpha-catalytic subunit (pol III alpha) of DNA polymerase III, the cell's main replicase. Like all high-fidelity DNA polymerases, pol III possesses stringent base and sugar discrimination. The latter is mediated by a so-called "steric gate" residue in the active site of the polymerase that physically clashes with the 2′-OH of an incoming ribonucleotide. Our structural modeling data suggests that H760 is the steric gate residue in E. coli pol III alpha. To understand how H760 and the adjacent S759 residue help maintain genome stability, we generated DNA fragments in which the codons for H760 or S759 were systematically changed to the other nineteen naturally occurring amino acids, and we attempted to clone them into a plasmid expressing pol III core (alpha, theta, and epsilon). Of the possible 38 mutants, only 9 were successfully sub-cloned: 3 with substitutions at H760 and 6 with substitutions at S759. Three of the plasmid-encoded alleles, S759C, S759N and S759T, exhibited mild to moderate mutator activity and were moved onto the chromosome for further characterization. The studies revealed altered phenotypes regarding deoxyribonucleotide base selectivity and ribonucleotide discrimination. We believe that these are the first dnaE mutants with such phenotypes to be reported in the literature [Reference 1].

In a collaboration with Myron Goodman, we explored the role of the beta-sliding processivity clamp on the efficiency of E. coli DNA polymerase V (pol V), catalyzed DNA synthesis on undamaged DNA, and during translesion DNA synthesis (TLS). Primer elongation efficiencies and TLS were strongly enhanced in the presence of beta. The results suggest that the beta-sliding clamp may have two stabilizing roles: its canonical role in tethering the polymerase at a primer-3′-terminus, and a possible second role in inhibiting pol V ATPase, so as to reduce the rate of mutasome-DNA dissociation [Reference 2].

We extended our prokaryotic ribonucleotide excision repair (RER) studies in a collaboration with Anders Clausen. Ribonucleotides are frequently incorporated into DNA and can be used as a marker of DNA replication enzymology. To investigate on a genome-wide scale, how E. coli pol V accesses undamaged chromosomal DNA during the SOS response, we mapped the location of ribonucleotides incorporated by steric-gate variants of pol V across the entire E. coli genome. To do so, we used strains that were deficient in ribonucleotide excision repair (delta rnhB) and deficient in pol IV DNA polymerase, that constitutively express all SOS–regulated genes [lexA(Def)] and constitutively “activated” RecA* (recA730). The strains also harbor two steric gate variants of E. coli pol V (Y11A or F10L) or a homolog of pol V (pol VR391-Y13A). Ribonucleotides are frequently incorporated by the pol V-Y11A and pol VR391-Y13A variants, with a preference for the lagging strand. In contrast, the pol V-F10L variant incorporates fewer ribonucleotides, and no strand preference was observed. We observed sharp transitions in strand specificity at the replication origin (oriC), while a gradient was observed at the termination region. To activate RecA* in a recA+ strain, we treated the strains with ciprofloxacin and mapped the location of the incorporated ribonucleotides genome-wide. Again, the pol V-Y11A steric gate variant exhibited a lagging strand preference. Our data are therefore consistent with a specific role for pol V in lagging strand DNA synthesis across the entire E. coli genome during the SOS response [Reference 3].

When subcloned into low-copy-number expression vectors, rumAB, encoding pol VR391 (RumA′2 B), is best characterized as a potent mutator that gives rise to high levels of spontaneous mutagenesis in vivo. This is in dramatic contrast to the poorly mutable phenotype when polVR391 is expressed from the native 88.5 kb R391, suggesting that R391 expresses cis-acting factors that suppress the expression and/or the activity of polVR391. Indeed, we recently discovered that SetRR391, an ortholog of lambda cI repressor, is a transcriptional repressor of rumAB. Our studies revealed that CroSR391, an ortholog of lambda Cro, also serves as a potent transcriptional repressor of rumAB. Levels of RumA are dependent upon an interplay between SetRR391 and CroSR391, with the greatest reduction in RumA protein levels observed in the absence of SetRR391 and the presence of CroSR391. Under these conditions, CroSR391 completely abolishes the high levels of mutagenesis promoted by polVR391 expressed from low-copy-number plasmids. Furthermore, deletion of croSR391 on the native R391 results in a dramatic increase in mutagenesis, indicating that CroSR391 plays a major role in suppressing polVR391 mutagenesis in vivo. Inactivating mutations in CroSR391 therefore have the distinct possibility of increasing cellular mutagenesis, which could lead to the evolution of antibiotic resistance of pathogenic bacteria harboring R391 [Reference 4].

Maintaining the genomic integrity of cells is vital, as alterations in the genetic code can result in deregulation of cellular function, malignant transformation, or cell death, which can lead to a variety of disorders, including neurological degeneration, premature aging, developmental defects, and cancer. To prevent genetic alterations, cells employ a range of genome-stability pathways, which allow for the accurate metabolism of the DNA, as well as for any DNA errors or damage to be rapidly repaired. Post-translational modifications play an essential role in the signaling, activation, and coordination of the genome stability pathways. The reversible ubiquitination of proteins is one such essential modification. Ubiquitination is mediated by a cascade of E1, E2, and E3 ubiquitin enzymes, which covalently attach the 8.5 kDa ubiquitin protein onto a substrate molecule, while de-ubiquitinating enzymes (DUBs) can edit or remove ubiquitin modifications.

Human DNA polymerase iota (pol iota) was discovered by scientists in our lab two decades ago, yet its cellular function remains enigmatic. As part of our ongoing research on pol iota, we previously reported that the enzyme is ubiquitinated at over 27 individual sites in the 715–amino acid protein. In collaborative studies with Irina Bezsonova, we have now identified ubiquitin-specific protease 7 (USP7) as the enzyme that de-ubiquitinates pol iota. This is particularly interesting, as USP7 has recently emerged as a key regulator of ubiquitination in the genome stability pathways because of its extensive network of interacting partners and established roles in cell-cycle activation, immune responses, and DNA replication. USP7 is also deregulated in many cancer types, where deviances in USP7 protein levels are correlated with cancer progression.

USP7 contains of an N-terminal tumor necrosis receptor associated factor (TRAF)–like domain, a catalytic domain, and five C-terminal ubiquitin-like domains (UBLs). While the catalytic domain mediates the enzymatic function of the protein, the TRAF–like and UBL domains are essential for substrate specificity and enzymatic activation. These functions are mediated by protein-binding sites, located on TRAF and the first and second UBL domain (UBL1–2). Interestingly, while all other characterized USP7 substrates bind to one or the other protein-binding sites, our studies with DNA polymerase iota revealed that a novel USP7 substrate interacts with both domains. Using biophysical approaches and mutational analysis, we characterized both interfaces and demonstrated that bipartite binding to both USP7 domains is required for efficient DNA polymerase iota de-ubiquitination. Taken together, our data established a new bipartite mode of USP7–substrate binding [Reference 5].