You are here: Home > DePamphilis Lab 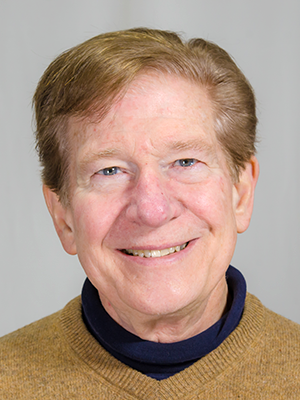 Nothing is more fundamental to living organisms than the ability to reproduce. Each time a human cell divides, it must duplicate its genome, a problem of biblical proportions. A single fertilized human egg contains 2.1 meters of DNA. An adult of about 75 kg (165 lb) consists of about 29 trillion cells containing a total of about 60 trillion meters of DNA, a distance equal to 400 times that of Earth to sun. Not only must the genome be duplicated trillions of times during human development, but it must be duplicated once and only once each time a cell divides (termed mitotic cell cycles). If we interfere with this process by artificially inducing cells to re-replicate their nuclear genome before cell division, the result is DNA damage, mitotic catastrophe, and programmed cell death (apoptosis). On rare occasions, specialized cells can duplicate their genome several times without undergoing cell division (termed endocycles), but when this occurs, it generally results in terminally differentiated polyploid cells, which are viable but no longer proliferate. However, as we age, the ability to regulate genome duplication diminishes, resulting in genome instability, which allows genetic alterations that can result in promiscuous cell division, better known as cancer.

Our research program focuses on one question: how can we selectively destroy cancer cells with little or no harm to non-malignant cells.

Previous efforts to determine whether or not the transcription factor and tumor-suppressor protein p53 is required for DNA damage–induced apoptosis in pluripotent embryonic stem cells (ESCs) produced contradictory conclusions. To resolve this issue, we used p53+/+ and p53–/– ESCs to quantify time-dependent changes in nuclear DNA content; annexin-V binding; cell permeabilization; and protein expression, modification, and localization. The results revealed that doxorubicin (Adriamycin [ADR]) concentrations 10 to 40 times lower than commonly used in previous studies induced the DNA damage–dependent G2-checkpoint and completed apoptosis within the same time frame, regardless of the presence or absence of p53, p21, or PUMA (p53–upregulated modulator of apoptosis). Increased ADR concentrations delayed initiation of apoptosis in p53–/– ESCs, but the rates of apoptosis remained equivalent. Similar results were obtained by inducing apoptosis with either staurosporine inhibition of kinase activities or WX8 (chemical that binds specifically to PIKfyve phosphoinositide kinase) disruption of lysosome homeostasis. Differentiation of ESCs by the LIF (a member of the interleukin-6 family of cytokines) deprivation revealed p53–dependent formation of haploid cells, increased genomic stability, and suppression of the G2-checkpoint. Minimal induction of DNA damage now resulted in p53–facilitated apoptosis, but regulation of pluripotent gene expression remained p53–independent. Primary embryonic fibroblasts underwent p53–dependent total cell-cycle arrest (a prelude to cell senescence), and p53–independent apoptosis occurred in the presence of 10-fold higher levels of ADR, consistent with previous studies. Taken together, the results reveal that the many roles of p53 in cell-cycle regulation and apoptosis are first acquired during pluripotent stem cell differentiation [Reference 1].

The human positive coactivator 4 (PC4) was originally identified as a multi-functional cofactor capable of mediating transcription activation by diverse gene- and tissue-specific activators. Recent studies suggest that PC4 might also function as a novel cancer biomarker and therapeutic target for different types of cancers. siRNA (small interfering RNA) knockdown studies indicated that down-regulation of PC4 expression could inhibit tumorigeneicity of the A549 non-small-cell lung cancer tumor model in nude mice. We showed that AG-1031, a small molecule identified by high throughput screening, can inhibit the double-stranded DNA–binding activity of PC4, more effectively than its single-stranded DNA–binding activity. AG-1031 also specifically inhibited PC4–dependent transcriptional activation in vitro using purified transcription factors. AG-1031 inhibited proliferation of several cultured cell lines derived from non-small-cell lung cancers (NSCLC) and growth of tumors that formed from A549 cell xenografts in immune-compromised mice. Moreover, pre-injection of AG-1031 in these mice not only reduced tumor size, but also prevented tumor formation in 20% of the animals. AG-1031–treated A549 cells and tumors from AG-1031–treated animals showed a significant decline in the levels of both PC4 and VEGFC, a key mediator of angiogenesis in cancer. On the other hand, all tested mice maintained constant weight during animal trials. The results demonstrated that AG-1031 has potential as a therapy for PC4–positive NSCLC [Reference 2].

Remarkably, the p53 transcription factor, referred to as “the guardian of the genome,” is not essential for mammalian development. Moreover, efforts to identify p53–dependent developmental events have produced contradictory conclusions. Given the importance of pluripotent stem cells as models of mammalian development, and their applications in regenerative medicine and disease, resolving these conflicts is essential. We attempted to reconcile disparate data into justifiable conclusions predicated on reports that p53–dependent transcription is first detected in late mouse blastocysts, that p53 activity first becomes potentially lethal during gastrulation, and that apoptosis does not depend on p53. Furthermore, p53 does not regulate expression of genes required for pluripotency in ESCs; it contributes to ESC genomic stability and differentiation. Depending on conditions, p53 accelerates initiation of apoptosis in ESCs in response to DNA damage, but cell-cycle arrest as well as the rate and extent of apoptosis in ESCs are p53–independent. In embryonic fibroblasts, p53 induces cell-cycle arrest, to allow repair of DNA damage, and cell senescence, to prevent proliferation of cells with extensive damage [Reference 3].

Of the eleven forms of programmed cell death (PCD) in mammals, only apoptosis and autophagy have been reported during embryonic development, and efforts to determine whether or not the p53 transcription factor and tumor suppressor promotes PCD during embryogenesis have produced contradictory conclusions. Some studies conclude that the DNA damage response in pluripotent ESCs is p53–dependent whereas others conclude that it is not. Given the complexities of PCD, the importance of pluripotent stem cells as models of embryonic development and their applications in regenerative medicine, resolving the role of p53 in PCD in pluripotent cells is essential. We reconciled contradictions based on the fact that p53 cannot induce lethality during embryogenesis until gastrulation, and that differences in experimental conditions could account for differences in conclusions. The DNA–damage G2–checkpoint in ESCs is p53–independent. However, depending on conditions, p53 can accelerate initiation of apoptosis in ESCs, but once initiated, apoptosis occurs at equivalent rates and to equivalent extents regardless of the presence or absence of p53. In differentiated embryonic cells, DNA damage results in p53–dependent cell cycle arrest and senescence [Reference 4].

Inhibition of the PIKfyve phosphoinositide kinase selectively kills autophagy-dependent human cancer cells by disrupting lysosome homeostasis. We showed that PIKfyve inhibitors can also selectively kill human pluripotent embryonal carcinoma cells (ECCs) derived from teratocarcinomas, as well as pluripotent ESCs under conditions in which differentiated cells remain viable. PIKfyve–specific inhibitors prevented lysosome fission, induced autophagosome accumulation, and reduced cell proliferation to varying extents in each of these cell types, but they induced cell death only in pluripotent stem cells. Cell death followed disruption of autophagy and occurred via a non-canonical form of apoptosis, as demonstrated by a concomitant loss of ATP, binding of annexin-V, membrane permeabilization, and loss of DNA that did not involve caspase-3 cleavage. The ability of PIKfyve inhibitors to distinguish between pluripotent cancer stem cells and differentiated cells was confirmed with xenografts derived from human ECCs. Pretreatment of ECCs with the PIKfyve–specific inhibitor WX8 suppressed their ability to form teratocarcinomas in mice, and intraperitoneal injections of WX8 into mice harboring teratocarcinoma xenografts selectively eliminated the pluripotent cells. The differentiated cells continued to proliferate, but at a reduced rate. The results provide a proof-of-principle that PIKfyve–specific inhibitors can selectively eliminate pluripotent stem cells in vitro and in vivo [Reference 5].